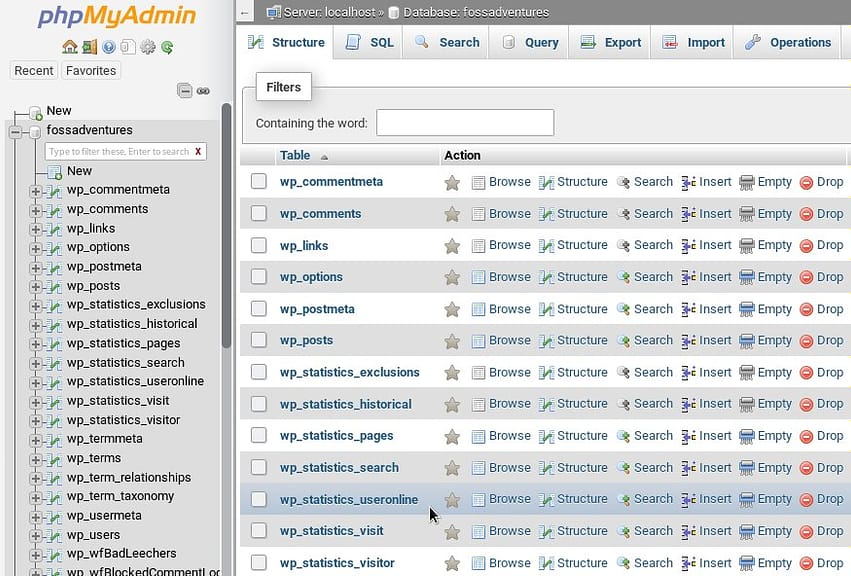 This might be abracadabra for many people. But what it means is that once a day, Fossadventures was not available because HHVM crashed. I wondered about the root cause, so I looked into the logs of HHVM. Fatal error! Caused by the WordPress plugin Wordfence. After searching online, it became clear that Wordfence didn’t support HHVM (1) because of stability issues. And that (2) HHVM was no longer supported / tested by WordPress. So I decided to switch to PHP-FPM.

I found a very good instruction (3) on how to do this. I changed the number 5 into the number 7 to get the latest PHP installed. And I needed to adjust the php-fpm.conf file in the /etc/php7/fpm/php-fpm.d/ directory instead of the one in the ~/fpm directory. But that was a lesson I had already learned from the virtual hosts and Nginx adventure.

The second cool thing was the installation of phpMyAdmin. I had already purchased a book on MariaDB (4) which contained a lot of info on command line administration. But having a web-interface that’s displaying the structure of the WordPress database is very neat. It increases my understanding of the overall layout and structure of the database. In fact, I find it so cool that I have now ordered a book (5) on phpMyAdmin as well. Now I just need to find some time to read it.

Over the last few days I have noticed a big change in the stability of Fossadventures. No more restarting HHVM. PHP just works. Out with the old, in with the new. 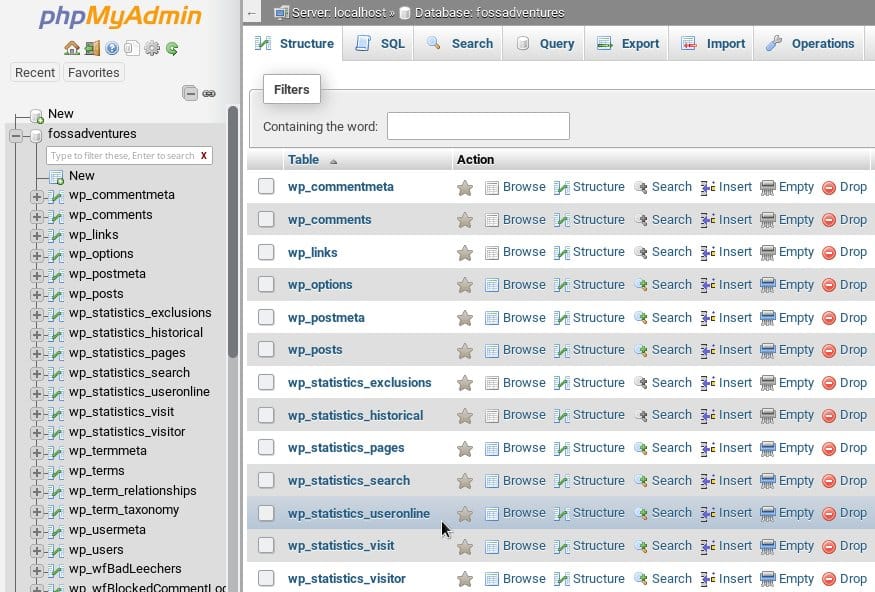